CaptainCon 2015 was a great time!  It was really nice to spend the weekend with some like-minded gamers.  Here are a few pictures I took of demo games we played or ran. 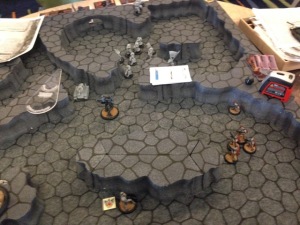 Kraig was generous enough to show us how Warzone: Resurrection plays, using a small Bauhaus force versus an Imperial starter set. 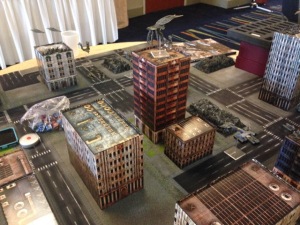 Over the two days we ran quite a few Dropzone Commander demos.  Hopefully we’ll get some new blood in the area! 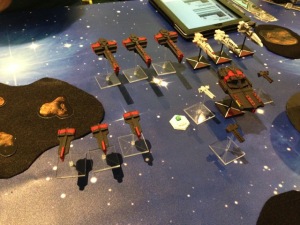 Brian and Peter did have luck running some Firestorm Armada demos, and after hours we got about half of a small game in, my Sorylians versus Peter’s Dindrenzi.

These ships did not participate in that battle.